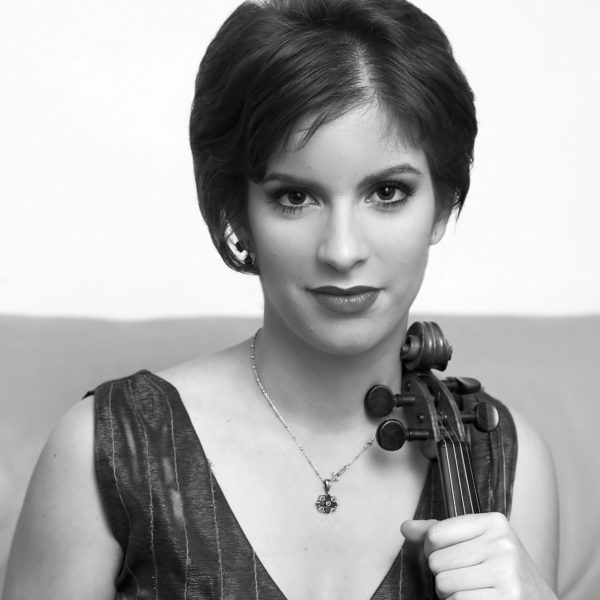 In October 2020, at the age of 27, Ms. Goicea was appointed violin professor at the renowned University of Music and Performing Arts in Vienna. She plays a Giambattista Guadagnini violin (Parma, 1761) generously loaned to her by the German Music Instrument Fund in Hamburg (Deutsche Stiftung Musikleben).

We last heard Ms. Goicea in February 2021 during the Covid year in a recorded video recital that was streamed on the AFCM website. This is her first performance on our stage.

Pianist Chih-Yi Chen’s versatile qualities as a soloist, chamber musician, and collaborative pianist have distinguished her as a rarity amongst pianists. Her work with the talented young violinists of the Indiana University Violin Virtuosi directed by Mimi Zweig garnered her recognition as a specialist in violin repertoire, and she has since become a sought-after collaborative pianist. Dr. Chen’s concerts with the Violin Virtuosi have taken her throughout the United States, Europe, and Asia. Her tours to France, Spain, Sweden, Italy, and Japan were especially successful and influential on young pianists around the globe.

Born in Taipei, Dr. Chen began to show remarkable gifts as a pianist at the early age of three. After finishing high school education with honors, Ms. Chen came to the United States and continued her musical studies at Indiana University, where she completed her Bachelor and Master of Music degrees. Her teachers have included Lev Vlasenko, former chairman of the piano department at the Moscow Conservatory, and Luba Edlina-Dubinsky, pianist of the famed original Borodin Trio.

We last heard Chih-Yi Chen as part of a Piano & Friends recital in February 2017.