Arizona Friends of Chamber Music is very pleased to announce that James Reel has been elected president of the AFCM Board of Directors. 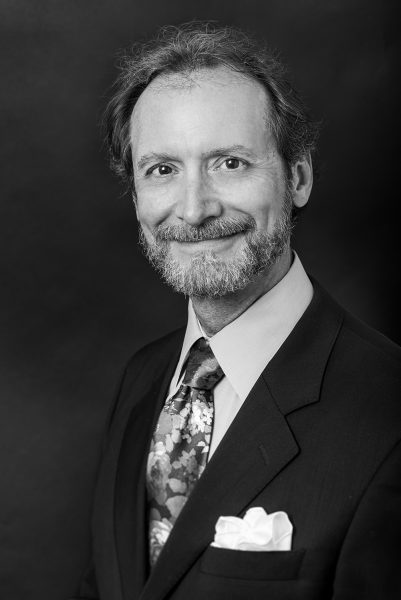 James Reel is Arizona Public Media’s classical music director, and the weekday morning announcer for KUAT-FM, where he also blogs about the arts. He also serves as executive director of the Southern Arizona Symphony Orchestra. In print, he has been a contributing editor to Strings magazine, and appears in the online All Classical Guide, among other venues. He has also covered border issues for Salon.com, the National Catholic Reporter and Sojourners, and frequently gives pre-performance talks for various arts organizations.

For most of the first decade of this century, he was the Tucson Weekly’s arts editor and theater critic, before which he also served as the Weekly’s general editor. At the Arizona Daily Star, he was the arts and entertainment editor from 1995 to 1999; previously, he was that newspaper’s classical music critic. Before that, he toiled at KUAT radio from 1976 to 1988, ending up as music director. He is the author of the guidebook CitySmart: Tucson, blessedly out of print, and The Timid Soul’s Guide to Classical Music, which has recently been reissued as an e-book.

He currently serves on the board of the Tucson Desert Song Festival. During the past 15 years, he has also been a member of the boards of the Arizona Friends of Chamber Music (vice-president), Winding Road Theater Ensemble (president) and Chamber Music Plus (president).